An innovative new teacher training initiative was launched last week in Ghana using satellite technology to deliver lessons on teaching strategies. Train for Tomorrow aims to coach up to 5,000 teachers over two years by beaming interactive programmes into classrooms at selected hub schools.

Images and sound are transmitted from a studio in Accra into the classroom at the rural school, 60 kilometres north west from the capital. About 25 teachers have gathered from the local area to be part of the Tuesday morning session run by UK-based charity the Varkey Foundation.

“All of them have gone to training college, so they are professional teachers,” says Prince, the “instructional leader”, who has already undergone the training and is guiding the session on the ground.

The “master trainers” in the Accra studio interact with the class of teachers via a satellite dish on the school roof and projector mounted in the classroom. Short exercises are explained by the two master trainers and Prince helps coordinate on the other side.

Set up in the corner of the classroom, a solar-powered computer is connected to a webcam and microphone to establish a two-way link, so that the teachers can communicate for the interactive segments.

“Currently they are trying to answer questions on the previous sections that we had. So it’s just a revision, a reflection on what we did previously,” Prince says, speaking in a low voice as the teachers engage with the lesson.

Various different exercises are carried out by the groups of teachers gathered at tables, who are being led by the master trainers via satellite feed. They explore different best practice methods of learning including energizers – to kickstart enthusiasm among the pupils – working in groups and gallery walks, a type of discussion technique. Several schools are connected to the session at the same time.

“We’ve been given a task, remembering, understanding, analysing,” says teacher Lucy Sai, pointing to items they must arrange in ascending order. “It’s very useful when you apply them in a classroom.”

The course does not intend to change the curriculum or content of lessons, but hopes to encourage teachers to examine the use of different teaching methods, to move away from the traditional chalkboard approach. Some students have already noticed a difference in their way their teacher is leading lessons.

“When he comes in class, as our ways of working, we have to sweep the class before the teacher comes,” says 17-year-old student Benjamin, describing the new set of rules, called the Ways of Working, put in place by his teacher. “We must pay attention when he’s teaching, so the class is very, very disciplined,” he adds.

“We have six groups in our class – in every group we have eight members”, says pupil Abido Suleiman, explaining that his teacher now organises his classroom into groups. “Each group will contribute to each other, the tasks they perform, to bring their minds together.”

The Train for Tomorrow programme hopes the 1.79 million euro project will address a lack of training for Ghanaian teachers. Thirty per cent of teachers are untrained at junior high school, while at primary schools this rises to almost 45 per cent, according to figures from Ghana’s ministry of education.

Those that have been trained might not undergo any further professional development after obtaining their teaching certificate. Forty satellite-connected school hubs are planned to supplement traditional bricks and mortar teacher training colleges.

“What is happening now is in-service training. The teachers have been trained already, but when they are in the field they need some tuition so that they don’t become static,” says Fred Kpoor, director of education, Birim Central municipality.

“There are new methods of teaching which are coming, there are new ways of doing things,” says Kpoor. “It builds up on what they had already done at the training college so many years ago.”

The Varkey Foundation offices in Accra act as the nerve centre of the operation with three studios transmitting live content via satellite. Each studio contains a video and audio mixer linked to a computer in the control room and a sound-proofed live room for the “master trainers” delivering the lessons.

The programme will cost 179 euros per teacher per year, the Varkey Foundation says, and the modular nature is intended to be easily scalable. The goal of training 5,000 teachers over two years is reached by coaching an initial set of 800 headteachers and deputy head teachers, who then pass on their new skills and experience to staff in their own schools. The lessons are transmitted into between two and five of the connected hubs 17 times a fortnight.

“It is different from other teacher training in the sense that we are based in Accra, but then train teachers in four districts in the eastern region through satellite technology,” says Love Amponsah, one of the master trainers.

The local staff and trained teachers on the ground are one of the key factors in making the whole thing work, especially given the distance between the schools and studio. “We train some head teachers and one support staff member for them to be faciliators in the district, so they are familiar with our resources and strategies,” says presenter Amponsah.

The overall aim of the programme is to help contribute to Ghana’s commitment to the UN-agreed Sustainable Development Goals (SDGs) of providing every child with 12 years of quality education by the year 2030.

The UN’s education agency, UNESCO, predicts that Ghana needs another 180,000 trained teachers to achieve this goal. And this requires the necessary resources and capacity to increase the number of well-trained teachers.

Ghana has recorded a more than 60 per cent increase in the number of primary school teachers over the last decade, according to UNESCO, but the percentage of trained teachers has actually dropped.

The Varkey Foundation hopes that the new Train for Tomorrow programme could help scale-up the quality of teacher training using technological innovation. The nonprofit believes that providing professional development in schools, where a lack of resources is challenging, could act as a model to be replicated in other settings.

The programme is funded by Dubai Care, a Gulf charity, and follows other satellite learning programmes in Ghana and Uganda backed by DFID, the UK’s Department for International Development. The Varkey Foundation was founded by Indian-born billionaire Sunny Varkey, one of the most successful education entrepreneurs in the world 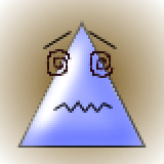 The Minister for Education, Dr. Matthew Opoku Prempeh, has underscored...

Children bilingualism has been a well – known controversial topic...